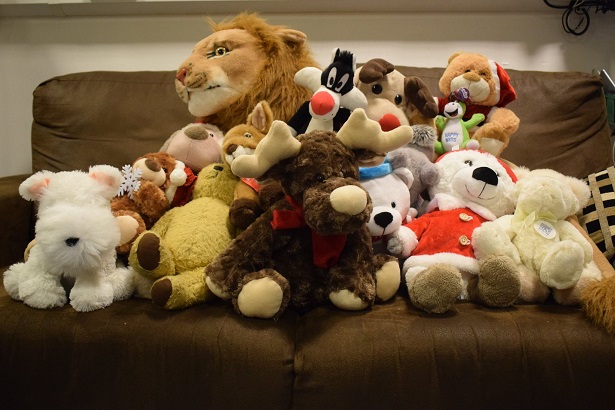 Rory, champion of the soft toys.

Rory is the most majestic lion in all of Cambridge. He lives in the Clubroom and ensures the Theatre is ticking along nicely. He has his own direct show relay feed in his earpiece so can hear what's happening on stage anywhere in the Theatre.

There are many origin myths. The most daring was that he was bought by the Club in 2016 and appeared in the Annual Accounts as 'Soft Furnishings'. The sum was undisclosed.

Rory invented his own cocktail in 2018, called The Blue Worker. This is a potent mix of vodka, gin, rum, Archers and blue bols, topped with lemonade.

Rory is an honorary member of the Club, meaning he was granted membership without paying a fee. He used to wear his membership card around his neck until a member of Management, in a drunken rage of jealousy and revenge (as they were never on Committee), stole the card.

There are many rumours about Rory. Some say his name is a pun on the word 'roar'. Some say he was chosen as the mascot because the Club's logo is a heraldic lion. Some say he lives in the Clubroom because this is the most accessible place in the Theatre. Nobody knows how many of these folklorish tales are true.

There is one undisputed fact though. Rory is the ADC through and through. People may change, faces will come and go, RENT will continue to be put on every 5 years, but the Club mascot is a constant. He has listening ears and paws for thought. If ever students needs advice on a monologue choice, words of wisdom on how much budget to give 'Lighting' (crazy) or encouragement to have another Club Cocktail, Rory is here for us.